To share your memory on the wall of Lawrence Olson, sign in using one of the following options:

Provide comfort for the family of Lawrence Olson with a meaningful gesture of sympathy.

Services: A private service will be held at the convenience of the family. Those who wish to make a memorial contribution in Larry’s loving memory, can do so with the American Cancer Society, P.O Box 22478 Oklahoma City, OK 73123, or visit them online at www.donate3.cancer.org/ . The Davis Funeral Home, 1 Lock St., Nashua NH 03064, has been placed in charge of the arrangements. An online guest-book is available at www.davisfuneralhomenh.com. (603)883-3401. “ONE MEMORY LIGHTS ANOTHER.”
Read Less

To send flowers to the family or plant a tree in memory of Lawrence E Olson Jr., please visit our Heartfelt Sympathies Store.

Receive notifications about information and event scheduling for Lawrence

There are no events scheduled. You can still show your support by sending flowers directly to the family, or planting a memorial tree in memory of Lawrence E Olson Jr..
Visit the Heartfelt Sympathies Store

We encourage you to share your most beloved memories of Lawrence here, so that the family and other loved ones can always see it. You can upload cherished photographs, or share your favorite stories, and can even comment on those shared by others.

Posted Apr 05, 2020 at 11:08am
I am so sorry my old friend that you have left us. Much love ,hugs and prayers to your family members and friends. I enjoyed hunting and shooting with you and hanging out with you and Gerry. Rest in peace
Comment Share
Share via:
J

Posted Apr 05, 2020 at 07:03am
You will be very missed Larry. Knowing that I would see you at the backstreet after I moved out of the park made me good. You were a sweet stand up man and I will miss the hugs and kisses and the great talks. RIP Larry, xoxoxo
Comment Share
Share via:
RF

I will always remember and cherish our talks. You've been there for me more times than I can count. During the darkest times in my life, losing my Aunt and Gram you were right there to pick me up. During the happiest moments you were there to celebrate them with me. You've even told me how it was when I didn't want to hear it, but it had to be said. I'm so privileged to have had called you my friend. You will be missed by so many, you've touched so many lives, with love! You put up a great fight, it is your time to rest. You'll always remain in my heart. Rest easy my dear friend. Love you always. Xo 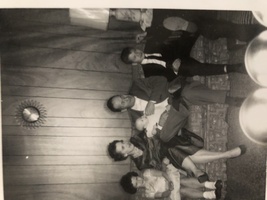 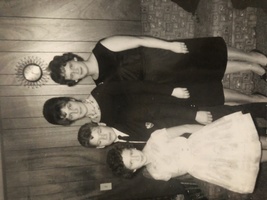 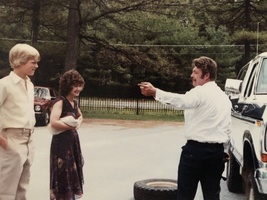