To share your memory on the wall of Warren Callery, sign in using one of the following options:

Provide comfort for the family by sending flowers or planting a tree in memory of Warren Callery.

Provide comfort for the family of Warren Callery with a meaningful gesture of sympathy.

He was the husband of the late A... Read More
Warren Brian Callery Sr., 85, died on Saturday, August 22, 2020 at Pleasant Valley Nursing Center in Derry. He was born on February 4, 1935 in Lowell, MA, son of Michael M. and Catherine (Horgan) Callery.

Warren was a 1952 graduate of Lowell High School and went on to earn an Associate Degree from the University of Lowell. He was a life member of the BPO Elks #720 and a parishioner of Immaculate Conception Church in Nashua. In his free time, he enjoyed spending time with family and friends, playing cribbage, golfing and swimming. Warren was also an avid New England sports fan.

Along with his wife, Alice, Warren was predeceased by his son, W. Brian Callery, Jr and his brothers, William M. Callery and Paul F. Callery.

SERVICES: During this time of COVID 19, out of respect for those that Warren held most dear and out of an abundance of caution the family will hold an intimate graveside service. Warren will be interred at St. Patrick Cemetery in Hudson along with his late wife Alice and his son Brian. We ask that you instead pay tribute to Warren by engaging in one of his most favorite activities. Be that a solitary walk along the beach, a long car ride with a loved one for seafood, a refreshing round of golf with friends or a rousing game of cribbage, cherish your family and be grateful for your community. The DAVIS FUNERAL HOME, One Lock St., Nashua is assisting the family with arrangements. An online guest book is available at www.davisfuneralhomenh.com, (603-883-3401) “ONE MEMORY LIGHTS ANOTHER”.

To send flowers to the family or plant a tree in memory of Warren Brian Callery Sr., please visit our Heartfelt Sympathies Store.
Read Less

Receive notifications about information and event scheduling for Warren 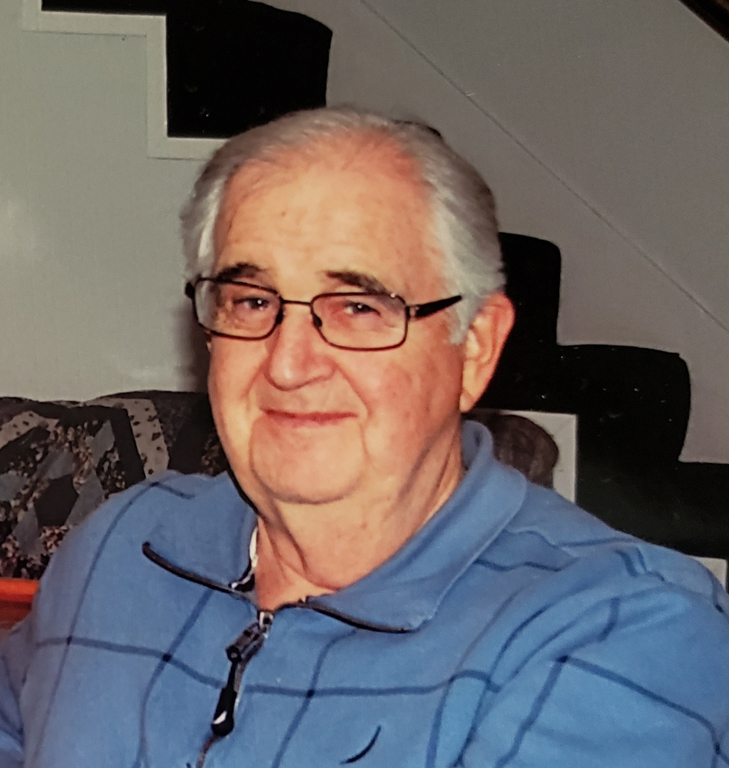 We encourage you to share any memorable photos or stories about Warren. All tributes placed on and purchased through this memorial website will remain on in perpetuity for generations.

Sorry to hear you’ll loss. We were childhood best friends at St Margaret’s but separated in high school. I moved to California and lost track of each other. As seniors we communicated but he moved and lost track again. Sad but life. I will keep him and his family in my prayers.
Comment | Share Posted Sep 09, 2020 at 02:49pm via Condolence
BE

Fran, Jen, family and friends
Deepest condolences on your loss. Super nice man and our family thought the world of him (and your mom). Thoughts and prayers for you.

Warren hired me into Sanders at Grenier Field in June of 1967. It was an interesting interview to be sure because he injected humor into it and made me very comfortable. He did hire me. I worked directly for Warren for about 4 years and then I ended up in Engineering as a Technician, and who transfers in the engineering group but Warren. Now we are on an equal level so to speak, and our friendship continued to grow. Warren left the Manchester facility for an engineering group at the So. Nashua plant. A couple of years went by and I interviewed for a job at the So. Nashua plant and got the job. My first morning on the job, the manager brought me around to introduce me to the other department personnel and lo and behold, I see Warren once again. He and I worked together as equals, in that Quality Engineering group until the day he retired.
I've always thought fondly of Warren as he was not only a great individual, but he had given me the break I needed to establish my career and he gave me moral support during my growth years at Sanders.

Warren is a man whose memory will always be strong, and bring smiles whenever I think of him. I was a true blessing to have him as a friend, mentor, and work associate.

My condolences to the entire Callery family, and to his friends and associates. He was a true gentleman, and a friend in the truest sense of the word.

Jen, Fran and Family,I am so sorry for the loss of your dad. I was blessed to have Uncle Warren and Auntie Alice as my godparents. They will always have a special place in my heart. Please accept my deepest condolences. I am keeping you all in my prayers.

Warren was one of my first bosses at Sanders back in the 80s & Lockheed-Calcomp. He steered me towards a good work ethic, staying away from the knuckleheads out there, and focus on your work. He was a good man and I am grateful to have known him. A true straight shooter and a gentleman, a rare combination.
Peace my man
Joe MacIntyre, Nashua
Comment | Share Posted Aug 26, 2020 at 08:39am via Condolence