To share your memory on the wall of Edward Hannon, sign in using one of the following options:

Provide comfort for the family by sending flowers or planting a tree in memory of Edward Hannon.

Provide comfort for the family of Edward Hannon with a meaningful gesture of sympathy.

Obituary for Edward A Hannon

To send flowers to the family or plant a tree in memory of Edward A Hannon, please visit our Heartfelt Sympathies Store.
Read Less

Receive notifications about information and event scheduling for Edward 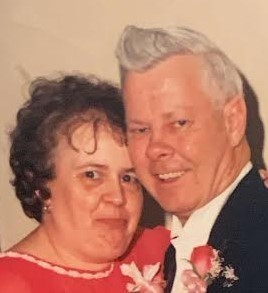 We encourage you to share any memorable photos or stories about Edward. All tributes placed on and purchased through this memorial website will remain on in perpetuity for generations.

Joyce,Mike,Ryan, and Brad, Sorry to hear about Ed's passing. We will cherish our memories of times spent in Weare when we would gather with all our families for celebrations. Love Chris and Brenda
Comment | Share Posted Mar 03, 2021 at 07:41am via Condolence
HH

To Joyce and Michael
We are so sorry for your loss, Ed was a great guy .
We had a lot of good times at hidden valley campground, miss those days.

To Joyce and Michael, My heart aches at the loss of my brother. Eddie thanks to his years of difficulties, he had the toughness and strength to survive the awful combats he endured.He has now JOINED our loving mother Clare in heaven.Joan & Ben Webb Toms River,NJ
Comment | Share Posted Feb 22, 2021 at 05:26pm via Condolence